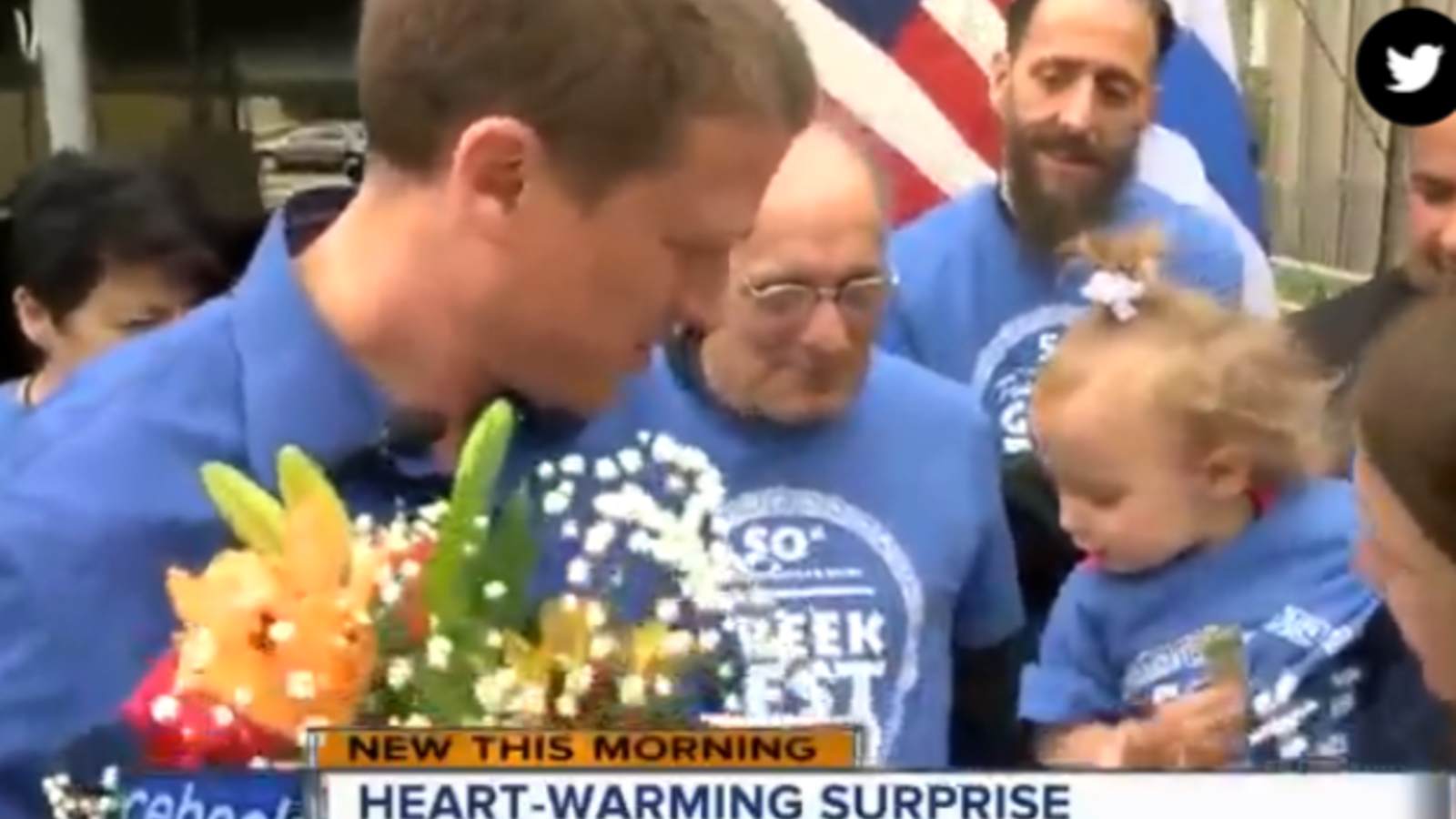 June 5, 2019 WAUWATOSA – A heartwarming surprise sure to put a smile on your face.

This involves USO Wisconsin, and only TODAY’S TMJ4 cameras were there.

Josh Sova, executive director of USO Wisconsin thinks we were there to talk about collection jars that will be out at Tosa Greek Fest June 7-9 .

“A lot of people think its funded through the military and we’re not like every non-profit so every dollar counts,” explained Sova.

USO stands for United Service Organizations. They support soldiers throughout their entire military careers. We heard stories from past service members, including Katerina Stuckey who served in the U.S. Navy from 2011-2016

“[At airports] they have a special spot for you where you can relax and the great thing is you can bring families too so you can bring your little ones,” said Stuckey, “If they’re stuck in the middle of the desert or somewhere they have no source of entertainment they put on shows.”

After our interviews, the surprise we’ve been waiting for. “We present you with a check of $1,500 dollars,” said Diane Terry with Sts. Constantine & Helen Greek Orthodox Church.

Sova was surprised and overwhelmed,’ adding, “I’ve seen the struggles that the family goes through when they are overseas training and to be able to help them in any way after they do so much to protect our freedoms means a lot.”

Being one of the smaller USO’s in the country, every dollar counts. 88 cents of each dollar donated goes to future programs to help soldiers and their families feel at home.

Donation jars will be out at Tosa Greek Fest, at Sts. Constantine & Helen Greek Orthodox Church.