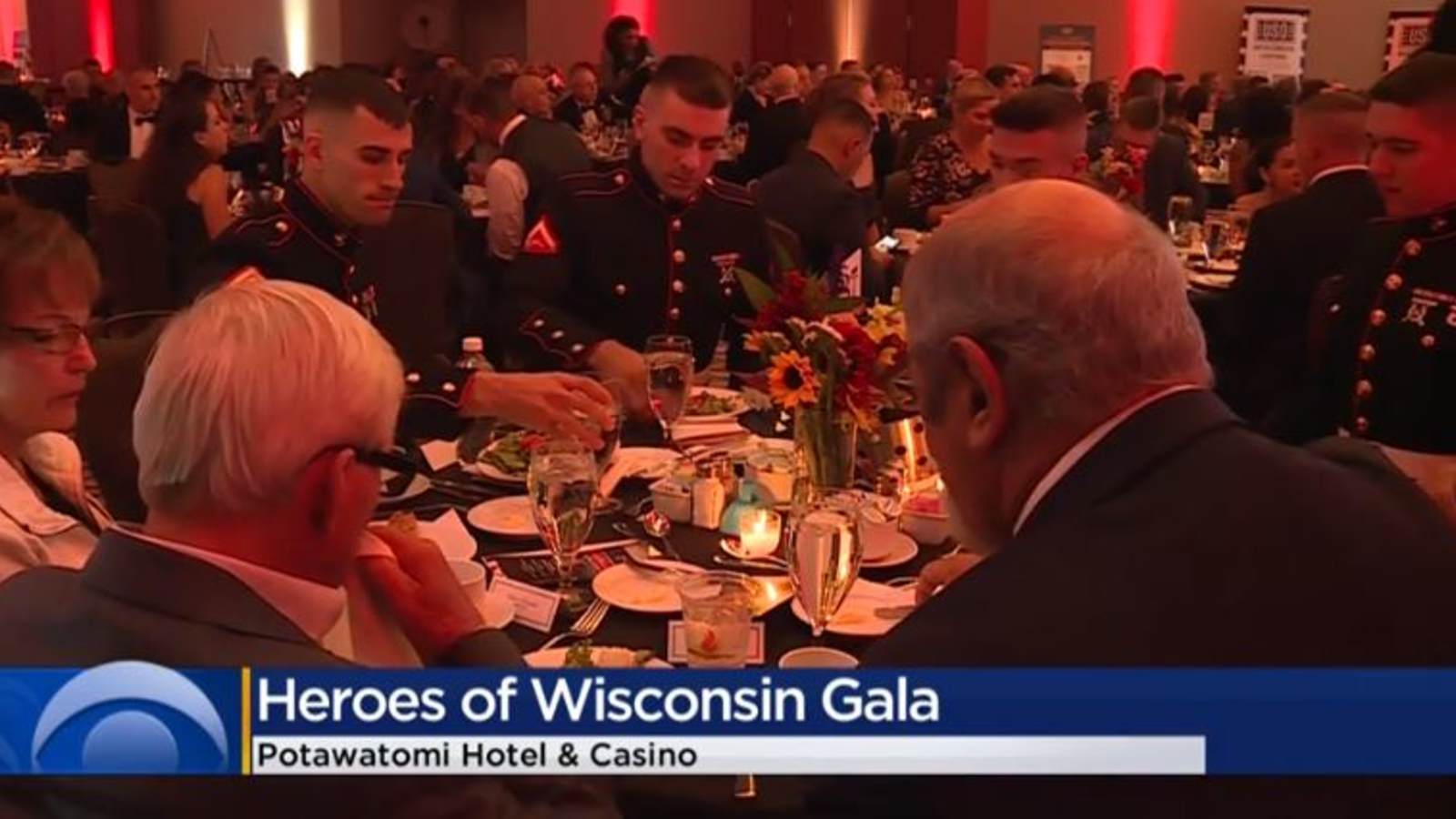 MILWAUKEE (CBS 58) – You’re overcome with a feeling of patriotism when you walk into the “Heroes of Wisconsin Gala.” The night gives the community a chance to say thank you to military families and honor the men and women who make sacrifices every day for our freedom.

Hundreds of people packed a ballroom at Potawatomi Hotel & Casino Saturday night for the 4th annual event. USO Wisconsin honored a member of each branch of the military and a family of the fallen.

They talked about why Colledge went into the military after making millions in the NFL, his deployment to Afghanistan, and that time he won Super Bowl 45 with the Green Bay Packers!

Proceeds from the gala help sustain USO programs and centers in Wisconsin.

“Supporters of the event prove that the Wisconsin community is thankful for the military families who make sacrifices each day and recognizes the true heroes of Wisconsin who put their lives on the line to protect our freedom,” Josh Sova, Executive Director of USO Wisconsin, said.

The following awards were handed out at the end of the night:

Community Partner of the Year