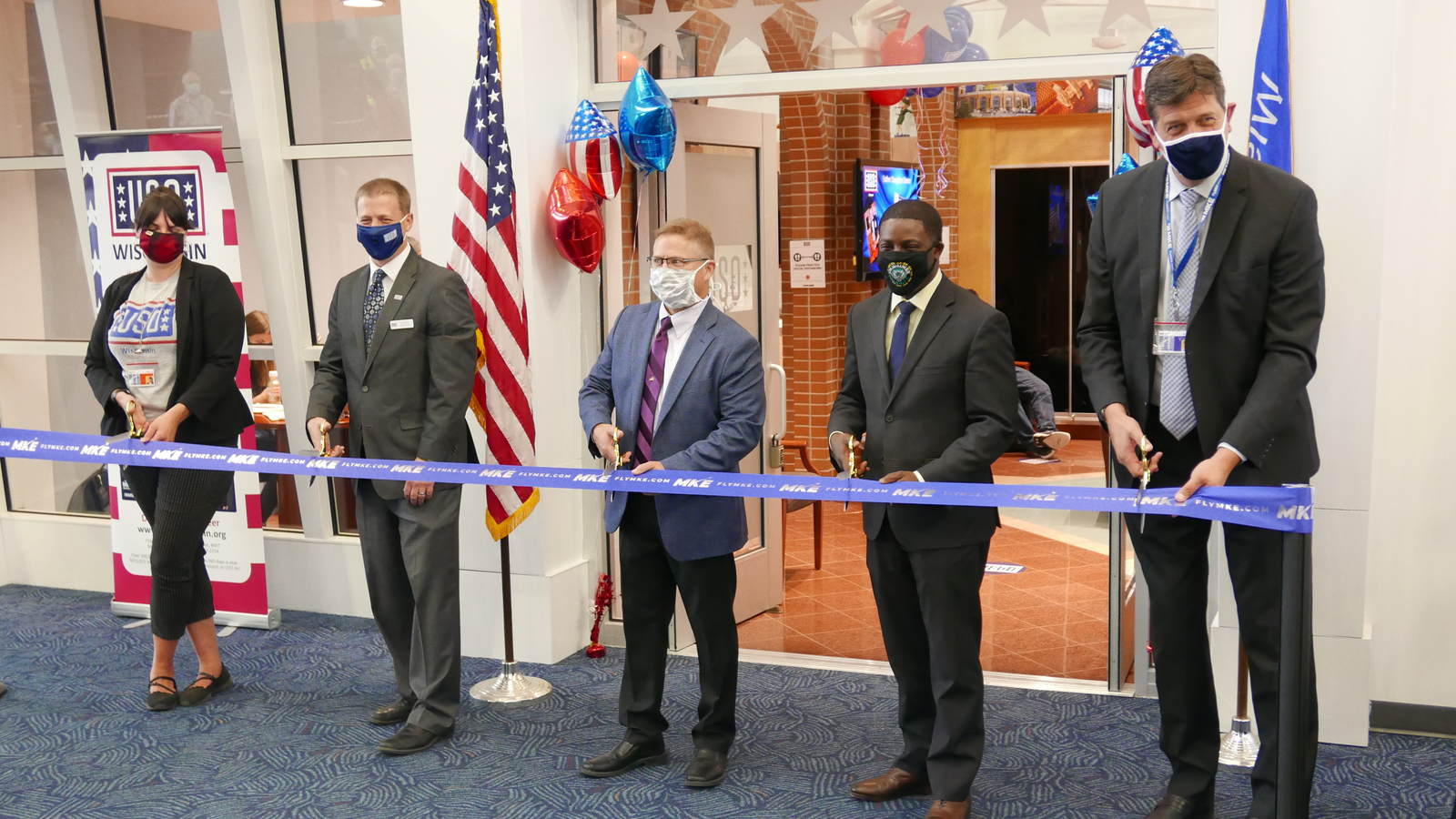 Urban Milwaukee - Milwaukee Mitchell International Airport held a grand reopening Tuesday for its Mitchell Gallery of Flight and also for a new USO lounge that will serve military service members and their families.

The airport recently finished an overhaul of a number of its retail options. And now, the Gallery of Flight, a public museum of Wisconsin’s aviation history, and the USO have new, remodeled locations in the airport.

“This is the first time that we’ve been able to get the USO Lounge and the Gallery of Flight next to one another,” said County Executive David Crowley. “We want to honor those that serve and this is the reason we wanted to do this.”

“USO wants to be anywhere where there’s military and give them the thank you that they deserve and this center falls right in line with that mission,” Sova said.

The new lounge is in the pre-security concourse of the airport and provides a space for U.S. military service members and their family.

“The USO is here so that they can relax, so that there’s somebody there to say goodbye,” Sova said. “So that they can get a water and a snack, they can connect to wifi, and talk to their family one last time.”

Sova said National Guard members and reservists are “being asked to be deployed more so now than ever since 9/11.” He noted that hundreds of guard members are currently activated at COVID-19 testing centers in the state. And hundreds more have been activated and deployed to other parts of the country this year in response to the pandemic and natural disasters. “The military are facing unique challenges,” he said.

The new center better serves the military members who are flying in and out of the airport, Sova said. And it is now right next to the new Gallery of Flight.

The newly remodeled gallery is in a larger space in the airport, with exhibits on famous Wisconsinites in aviation history like astronaut James Lovell and Gen. Billy Mitchell — considered the father of the U.S. Air Force.

There’s also a new exhibit featuring Lt. Alfred Gorham, a Black pilot in World War II and a Tuskegee Airman. Gorham was a native of Waukesha and flew with the 301st Fighter Squadron, a unit that was part of the famous Red Tails.