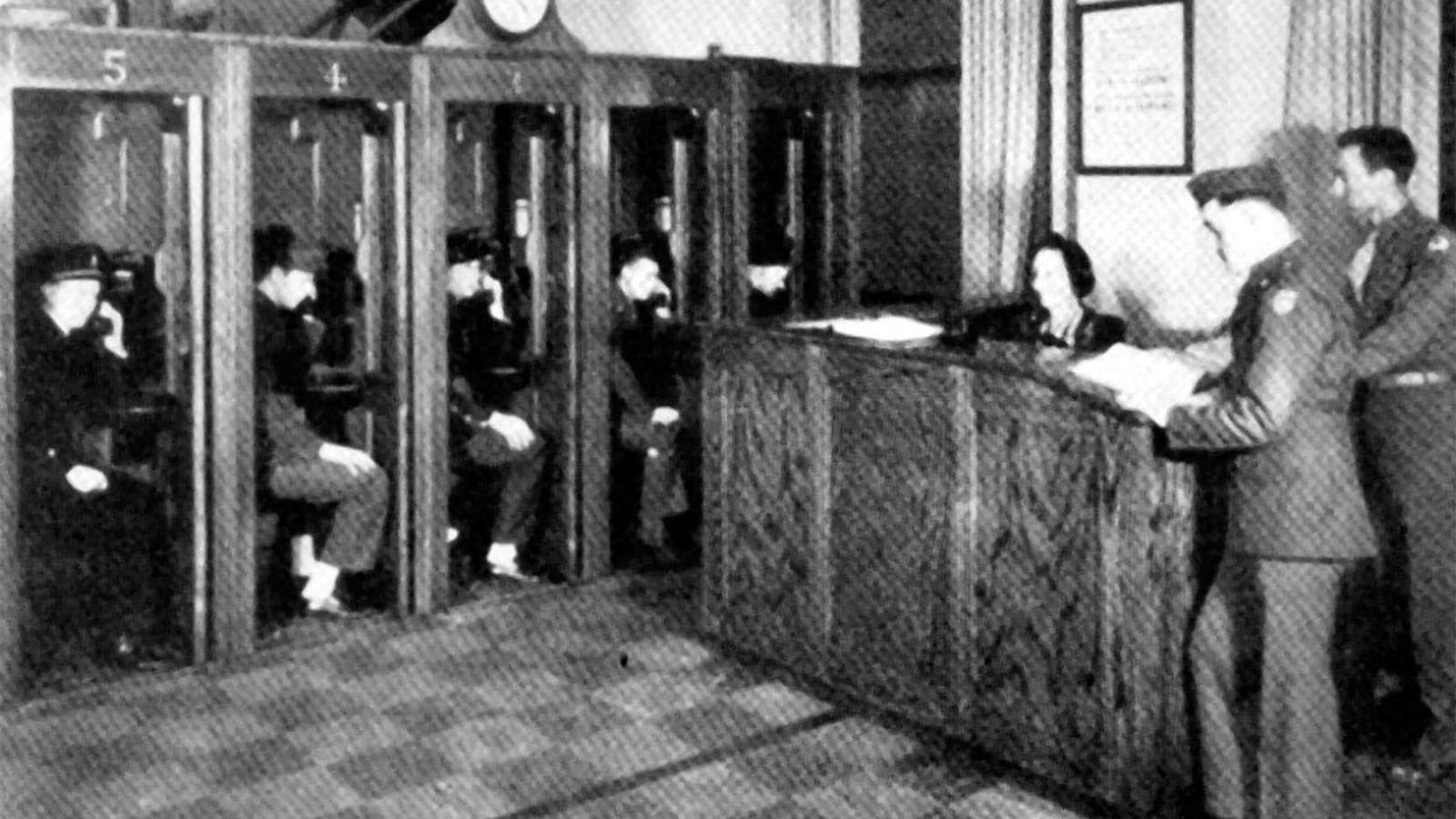 Organization has had several Milwaukee locations throughout its history
Click here for Milwaukee USO timeline, at end of the article.

MILWAUKEE — When the average American thinks of the USO, the image of Bob Hope or a star-studded concert for the troops is likely what comes to mind.

This year, as the USO marks its 80th anniversary, local historians and volunteers are hoping to give people a greater sense of what the United Services Organization has meant to service men and women and their families over the last eight decades.

The USO was born on Feb. 4, 1941 as a combined effort of the Young Men’s Christian Association (YMCA), the Young Women’s Christian Association (YWCA), the National Catholic Community Service, the National Travelers Aid Association and the National Jewish Welfare Board. While many of these groups had provided some form of support to active duty military members during World War I, the idea was that a more organized approach was needed to support the war effort at home as it was becoming clear that the United States was going to become involved in the brewing conflicts overseas.

As hundreds of thousands of troops began to mobilize to the Europe and Pacific theatres, the USO created a network of centers and lounges across the United States for their recreational use. Churches, stores, museums and even locations such as barns and railroad cars were quickly transformed into welcoming spaces for service members, according to the USO.

Although the federal government built or leased the buildings in which these centers were housed at the time, the services provided by the USO were funded and staffed by charitable donations and volunteers.

More than 3,000 USO centers were in existence at the peak of the USO’s wartime operations.

The first Milwaukee USO location opened on Dec. 17, 1941, in a pair of rooms at 623 N. Water St. in what was then Marine Bank Plaza building. Today the location is home to Chase Tower building.

“The space was given to the USO rent free. They called it a club room where the service members could engage in activities, eat and just hang out,” explained Jessica H. Jaeger, director of the Milwaukee-based WW2 USO Preservation Association.

Many of the clubs were able to open during those early war years thanks to local fundraising efforts. In Milwaukee, USO boosters raised $142,330 between the February and July 1941 to fund their own USO clubs and activities, Jaeger said. Today that would be tantamount to Milwaukee- area residents raising $2.64 million in just five months.

Having grown out of its space at Marine Bank Plaza by the fall of 1943, the USO moved its clubhouse to a vacant building at 734 N. Fourth St. The building was donated to the organization by the Milwaukee Journal, which had been using it for paper storage.

In addition to providing entertainment to troops abroad, the USO also helped show troops a good time while they were back at home, providing free tickets to big band dances and other events.

While the USO has been at its most active during major war times, the organization still has locations throughout the state where it provides services to active duty men and women and their families.

Today the USO Wisconsin, a nonprofit organization that is solely supported by the generosity of private citizens, service organizations, corporate gifts and foundations, serves an average 100,000 people annually, running a military entrance processing station (MEPS), which supports recruits and their families, as well as USO centers at the General Mitchell International Airport in Milwaukee, the LaCrosse Regional Airport and Fort McCoy in Monroe County. The organization also has a “Mobile Unit Truck,” which allows it to bring WiFi, snacks and games to military in more remote areas of the state.

“Whether it was supporting troops on the frontlines in World War II or the National Guard in the fight against the pandemic, the USO is by the side of our military men and women and their families whenever and wherever they need us,” USO Wisconsin Executive Director Josh Sova said in a recent press release. “All throughout this year, we invite everyone to express their gratitude in support of our soldiers and their families. In this way, we all give more than thanks.”