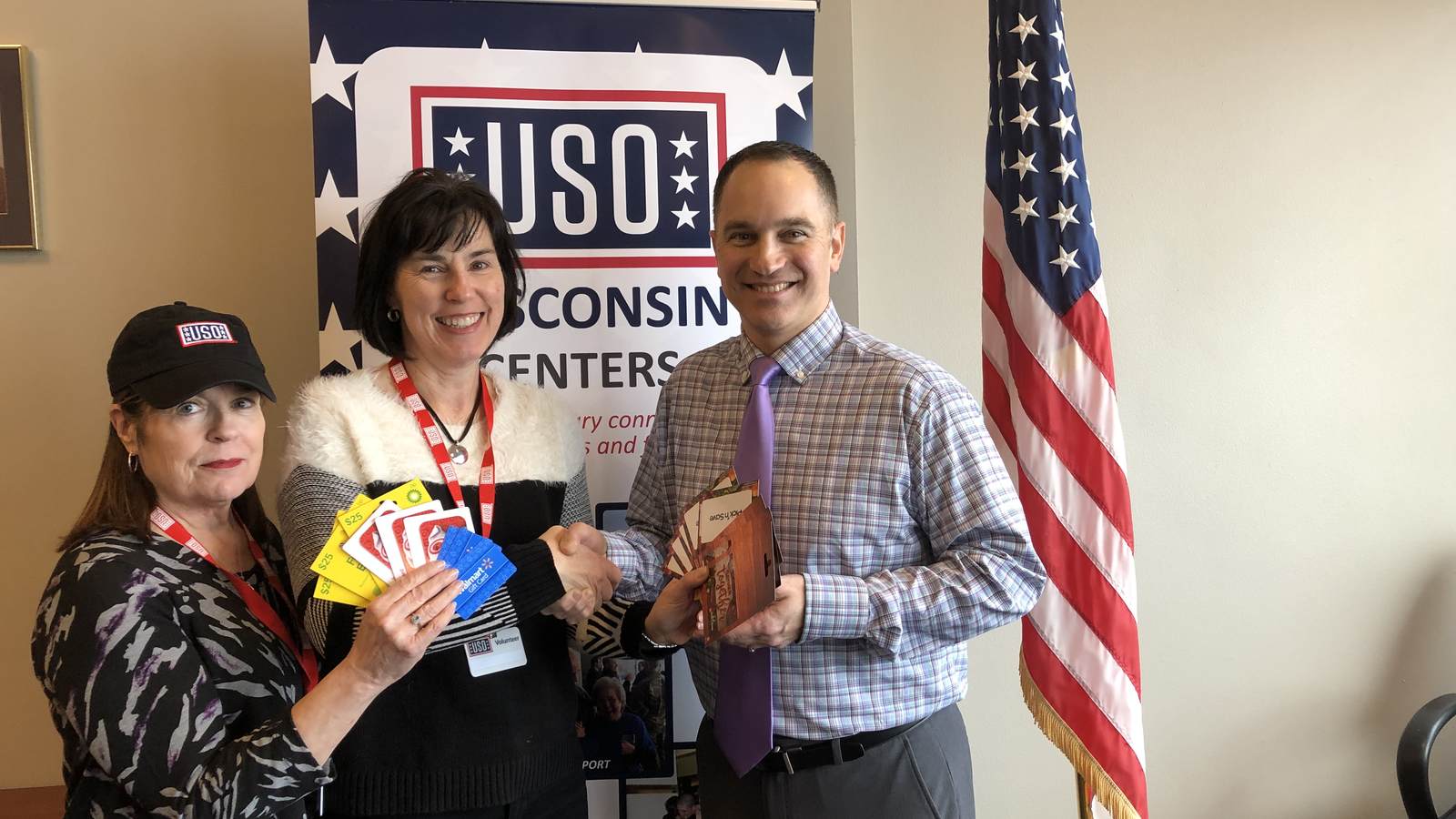 It is something that concerned USO Wisconsin Executive Director Josh Sova. It is the reason he has begun a drive for gift cards in order to help Coast Guard service members and their families. The USO is asking for people to donate gift cards to grocery stores, big box retailers, and gas stations. The USO asks that gift cards be in denominations of $20 or less, which is the maximum amount that service members are able to accept per day per Coast Guard policy.