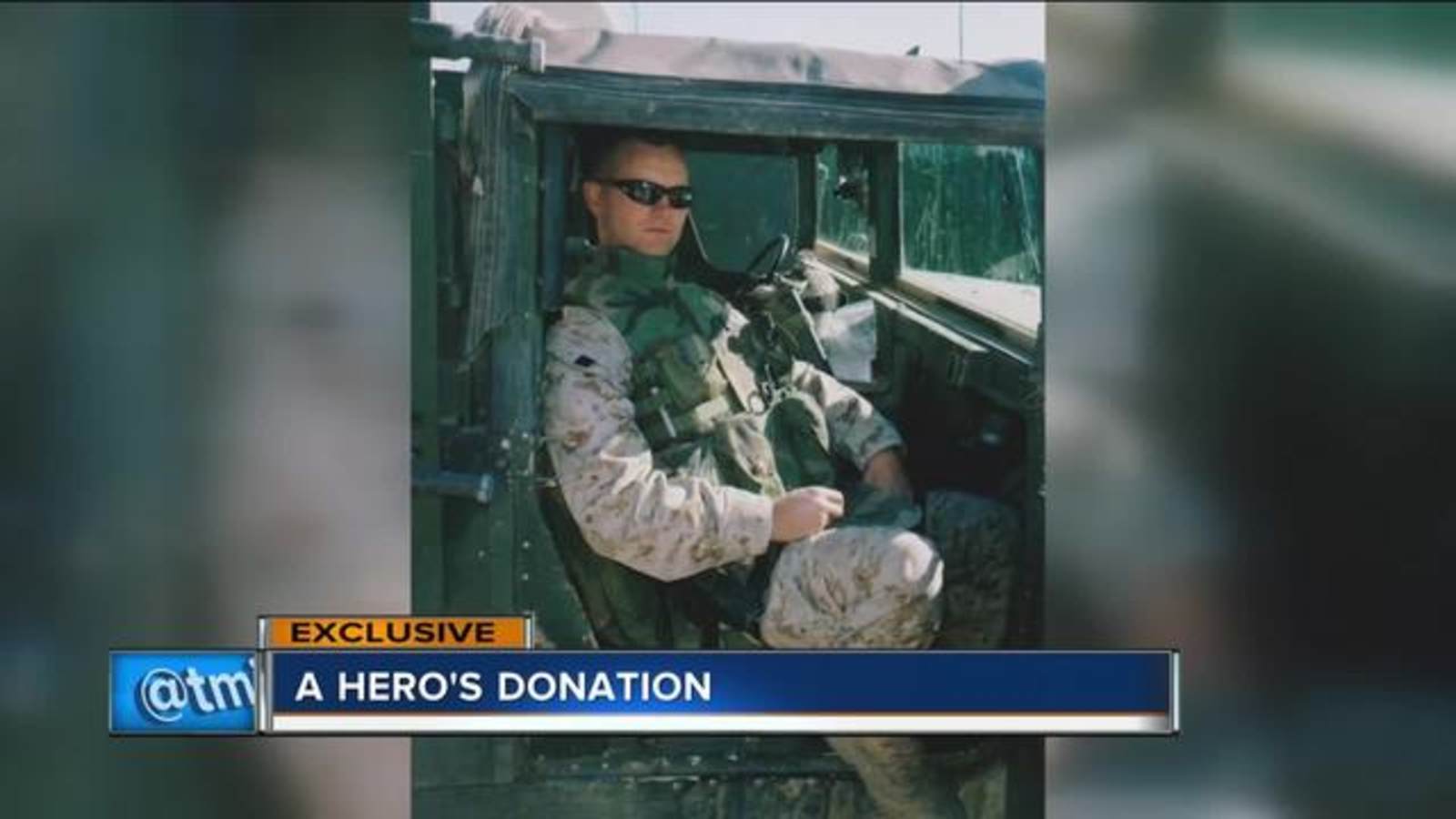 May 10, 2018 A Milwaukee police officer and veteran was not only honored as an American-made hero but he made a $10,000 donation to USO Wisconsin thanks to Kentucky-based-bourbon company Evan Williams.

Officer Michael Stinson starts most of his mornings on the dock at McKinley Marina as a member of the Milwaukee police harbor patrol.

Before his nearly 11 years on the force officer, Stinson served 23 years as a U.S. Navy Trauma Combat corpsman. A career that deployed him to Iraq twice.

His service and dedication over the years got his wife Michelle Stinson thinking.

“Honestly I was scrolling through Facebook one day and it said ‘Do you know a hero? Nominate one.’ And of course I thought of Mike right away,” said Michelle Stinson.

Michelle sent a 250-word essay to Evan Williams Bourbon company. A few months later Mike was one of six veterans chosen to be the company’s 2018 American-made hero.

“It is still kind of surreal,” said Michael Stinson.

Not only is Stinson’s story of service and dedication being highlighted on limited edition bottles. A company representative flew in personally to deliver a $10,000 donation to USO Wisconsin on behalf of Stinson.

Lauren Cherry with Evan Willams says the company is committed to giving a total of $60,000 away this year on behalf of the six honorees.

“We really celebrate the values of our veterans and our military men and women across the country. We are honored to be able to give back to them and help them to be able to support the community that they are in,“ Cherry said.