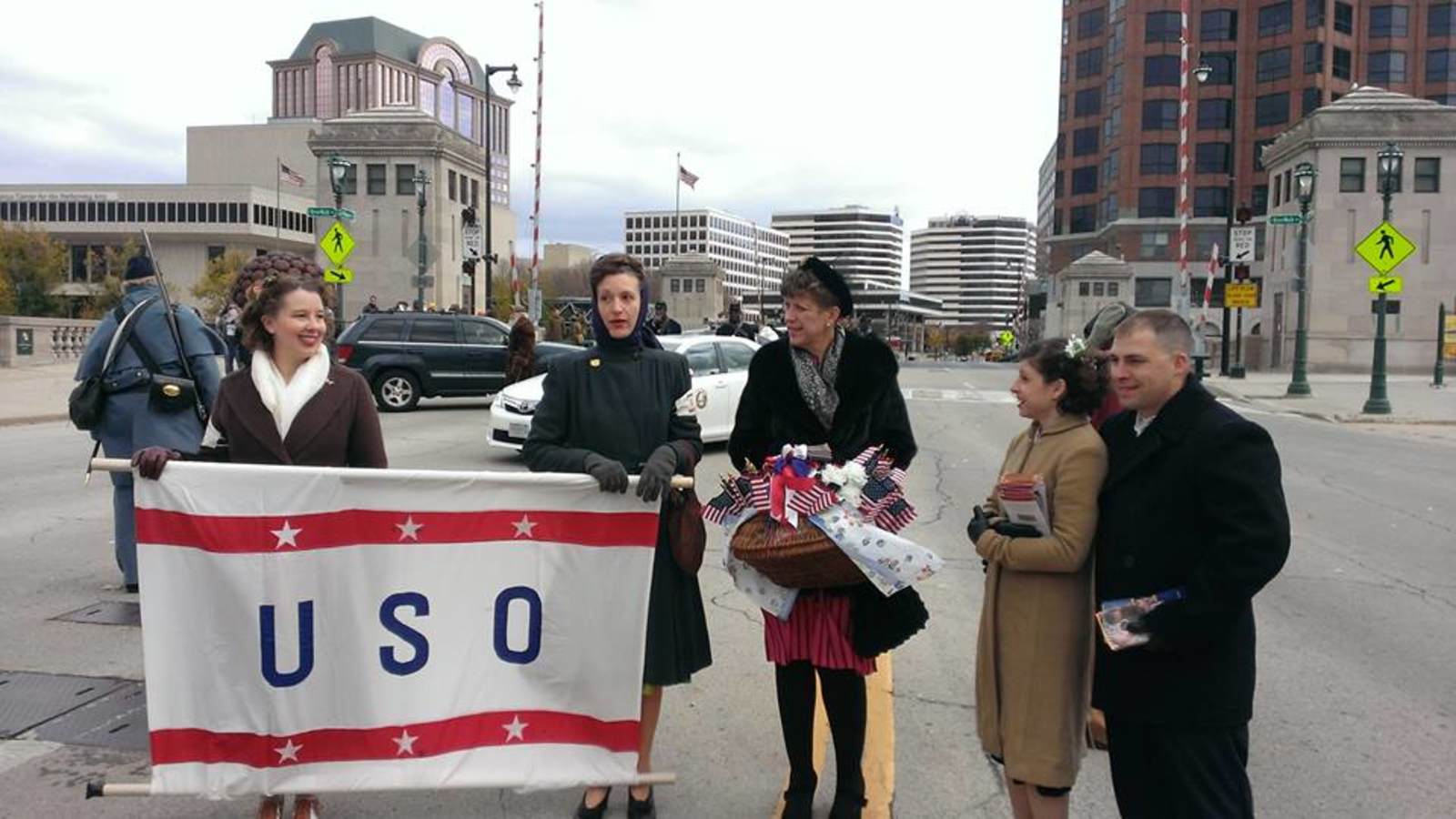 Just prior to the onset of America’s involvement in World War II in 1941, President Franklin D. Roosevelt sought to unite several service associations into one organization to lift the morale of our military and nourish support on the home front. Those entities – the Salvation Army, Young Men’s Christian Association, Young Women’s Christian Association, National Catholic Community Services, National Travelers Aid Association and the National Jewish Welfare Board - became the United Service Organizations.

The USO has continued to support our nation’s military and their families for over seven decades, as they defend our country and its freedoms. By providing support to our servicemen and women as they perform their most challenging duties around the world, our credo is to be always by their side. The reach of the USO’s more than 200 centers extends to countries on every continent, operated by thousands of staff and volunteers whose goals are to match our service members’ vigilance and provide best-in-class service to those who sacrifice so much for America.

Over the years, the USO has become the vital bridge between Americans and their military service members.

1941: USO volunteer groups worked with other community groups to support military overseas and locally, by hosting dances, rallies, and other events of support.

1944-1984: USO volunteer groups grew in times of war, providing support where needed. The USO center in Milwaukee provided a relaxing environment for military visiting Milwaukee. The military personnel at Great Lakes Naval Base in Illinois were assisted by USO volunteers in finding entertainment when visiting Wisconsin.

1984: USO of Wisconsin was incorporated as a charter center of the USO worldwide organization.

November 2011: A new USO center opened at the Military Entrance Processing Station (MEPS) in Milwaukee for recruits and their families.

2016: USO Wisconsin opened a new center at the La Crosse Regional Airport. USO also launched a new USO mobile center by repurposing a used bread truck. The mobile center supports Fort McCoy and the remote training base areas nearby, along with the chartered flight area of the La Crosse Airport.

2017: USO Wisconsin opened a third center on the Fort McCoy base.

2018: The original USO Mobile Center truck was replaced with a brand new vehicle and continues to support the areas in western Wisconsin.