An Evening Salute to the "Heroes of Wisconsin"

Save the date for this year’s USO Wisconsin Gala to be held at the War Memorial Center, an appropriate setting for this mixer event.

Enjoy a patriotic celebration for a night of socializing and inspiration.

The night promises inspiration, an opportunity for networking, and exquisite food provided by Zin/Fishbones Catering. USO “Heroes of Wisconsin” awards will be given to service members from every branch of service and also a Family of the Fallen. The awards are given to service members who have an exemplary military record, as well as, a passion for community service.

Keynote Speaker Mark Vandroff is the Chief Executive Officer of Fincantieri Marinette Marine. Fincantieri Marinette Marine was awarded a contract to build the first-in-class guided missile frigate for the U.S. Navy. Prior to joining Fincantieri, Mark served as the Deputy Assistant to the President and Senior Director for Defense Policy on the National Security Council staff at The White House. Mark served in the United States Navy, retiring from active duty with the rank of Captain.

Emcee The master of ceremonies for the evening will be Vince Vitrano. Vince is the on-air host for Wisconsin’s Morning News. He leads a talented team delivering news, weather, traffic, sports and commentary on Wisconsin’s farthest reaching radio station, 620 WTMJ Milwaukee.

Military Friendly Workplace Award Nominate your company to earn the Military Ready Workplace Award. During the event we will be giving an award to a company in Wisconsin that demonstrates “Best Practices” for hiring and retaining service members. Fill out the nomination form and send to: jsova@uso.org 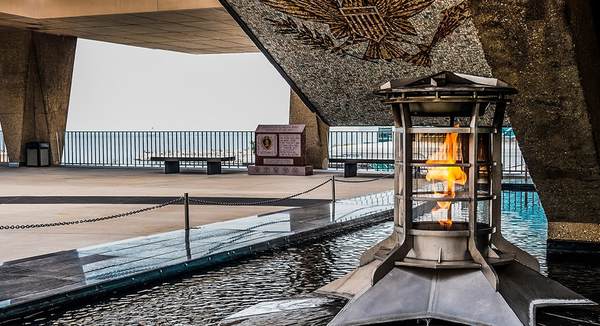